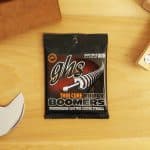 Arguably, strings are the most important part of a guitar. Strings are what make the actual sound that comes from your guitar. Without them, unlike other parts, the guitar would be totally silent. So, when you think about it, it’s kind of weird that people don’t pay as much attention to the type of string..
Read More 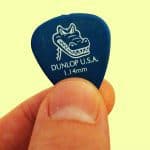 Should new guitarists use a pick or just their fingers? There’s a 100% definite answer to this, but the question keeps coming up, year after year. The simple answer is: A beginner should start by using a pick. Let’s get into some of the reasons why, and maybe some discussion of not using one: 1:..
Read More 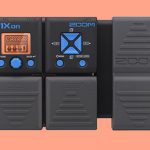 The Zoom G1Xon is an $80 Pedal that gives you 75 effects, plus a bunch of other stuff (wah pedal, amp simulations, guitar tuner, more). I bought this pedal in October 2017, and I’m writing this in late June 2018. I’ve used the Zoom G1Xon quite a lot over the last 8 months, and I..
Read More 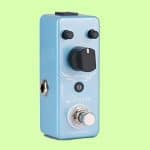 If there’s one thing that I believe about learning guitar, it’s that it has to be fun. I tell people this over and over again, but a beginner is always going to do much better when they’re really having a good time playing guitar. When a new player really has a blast every time they..
Read More